Although most report the Russian Business Network (RBN) has disappeared, this RBN watch-blog still follows its active domains, its “retail division”. In a follow up to an earlier article on 76 Service, Gozi, hang Up Team and US Hosting, same business just different location and an added common thread. 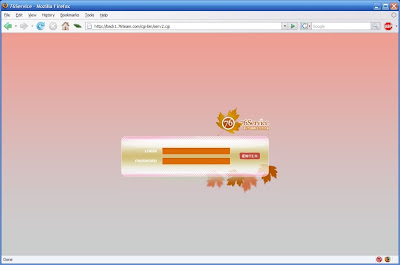 As we can see although using a new domain it still displays the familiar RBN “76 Service” branding. Just to remind ourselves subscribers to 76 service can log in, pull down the latest drops, i.e. data deposits from the Gozi-infected machines they subscribed to, e.g. 3.3 GB one containing more than 10,000 online credentials (ID theft) taken from 5,200 PCs.


As reported Loads.cc allows less technically proficient cyber-criminal affiliates to "cash in”, the site provides information on the availability and size of the botnet in real-time. Although it has been seen this method is different from that of other similar schemes, such as 76service whereas Loads.cc allows you to pay to infect computers.

Although the two sites appear dissimilar we have to dig a little deeper , examine the next two figures 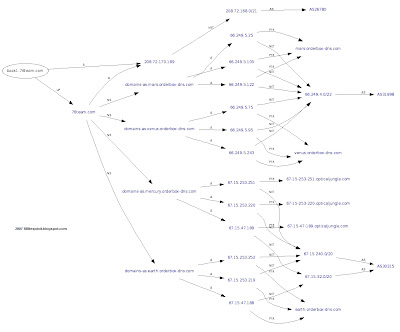 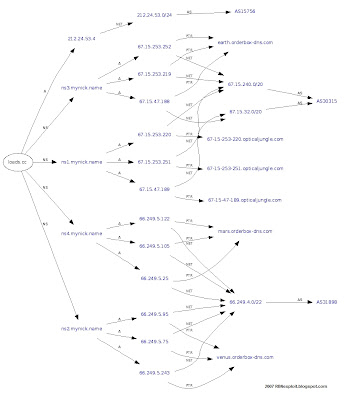 The common thread is in two parts:

Directi is a very fast growing web hosting and reseller based in India. From its own literature it places a value of $300 million. The slogan in Fig1 is from Directi, and we hope does not reflect the RBN’s constant aim.

Infrastructure:
This blog is not suggesting anything more (at this time) than Directi have joined the ranks of the RBN host / name server “stooges”. Hopefully Directi will respond to the related abuse communications promptly.


It is reasonable to draw the following quantitative conclusions from the above and related: